Samsung Galaxy A51 Leaks Online Ahead of December 12 Launch

Samsung is getting ready to unveil its new A 2020 series smartphone- Galaxy A51 on December 12.

One of the most anticipated Galaxy A 2020 series smartphones is the Galaxy A51. We've already seen the A51 in CAD-based renders, and now it's time for an official-looking press renders. A new report by SamMobile claims to give us our first real look at the phone's design via photos.

According to the previous teaser, Samsung Galaxy A51 will make debut on December 12, while Other upcoming A-series 2020 models will only arrive in the next year.

As per the report, Samsung Galaxy A51 will reportedly come with a 6.5-inch full-HD+ Super AMOLED Infinity-O display. The renders show that the phone has a centralized punch-hole at the top which would house a 32MP(f/2.2) camera for selfies.

In terms of rear cameras, the phone has a quad-camera setup that will reportedly include a 48MP primary shooter with an f/2.0 aperture, 12MP ultra-wide-angle sensor with an f/2.2 lens, a 5MP depth sensor, and 5MP dedicated macro lens with an f/2.4 aperture. 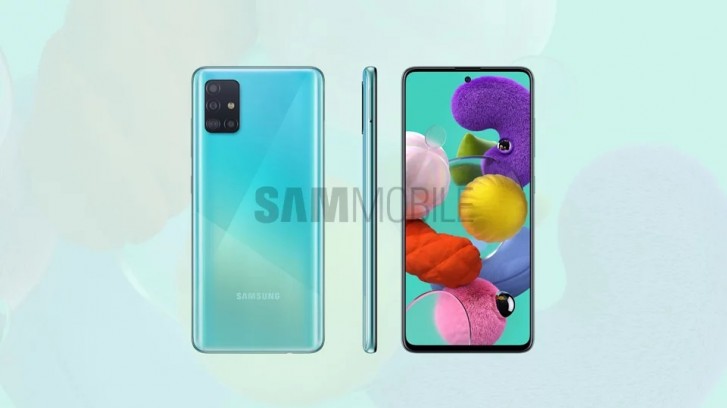 The phone is tipped to power by an Exynos 9611 processor. Galaxy A51 will be offered in two variants of storage that include 4GB+64GB and 6GB+128GB. Further, there will be a micro SD card slot option to expand the memory up to 512GB.