Samsung Galaxy A91 has been a long-rumored smartphone from August and it is speculated to debut on December 12 as a part of the Galaxy A 2020 series. 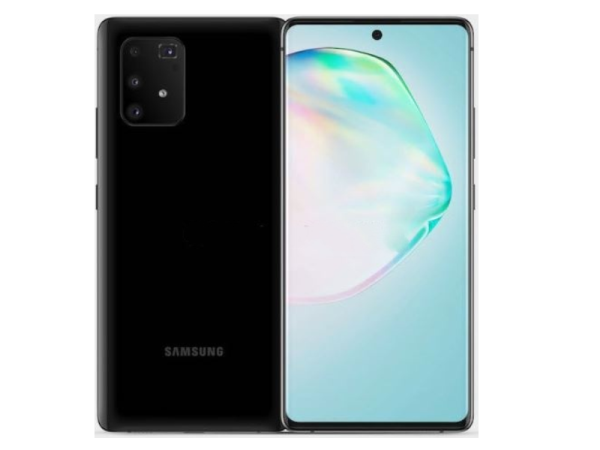 The fresh 3D renders of the upcoming smartphone Galaxy A91, released by tipster OnLeaks, reveals its design from all possible angles. The smartphone appears to have a design with a punch-hole display like the Galaxy Note 10 series. The renders suggest that the phone to come up with a flat display, square-shaped rear camera module, glossy finish, and a minimalist bezels.

There are two different set of renders leaked online. One has a triple rear camera setup, while the other one shows a quad rear camera setup with a periscope lens. Previous leaks have shared some of the key features of the Galaxy A91. Now, a new Samsung Galaxy A91 leak reveals the camera features and design details.

As per the previous leaks, the Samsung Galaxy A91 is expected to have a 6.7-inch full-HD+ display and is likely to run on Android 10. Samsung has already confirmed that the phone will be powered by a Qualcomm Snapdragon 855 SoC and a 4500mAh battery with fast charging support.

Further, it would come with an 8GB of RAM and 128GB of onboard storage

For photos and videos, there would be a 32MP selfie camera and the rear camera setup of the Galaxy A91 is rumored to have a 48MP primary shooter, 12MP ultra-wide-angle lens (some reports say its an 8MP lens), and a 5MP telephoto lens. Further, the camera setup pf this phone is said to have a feature called Tilt OIS. The phone may come with a measurement of 162.4x75.6x8.1mm.

There’s also likely to feature an in-display fingerprint sensor and Bluetooth 5.0 for connectivity.