Samsung Galaxy A51, One of the most rumored smartphones is likely to be debut sometime in December 2019.

Recently, the phone was listed on the Geekbench database bearing the SM-A515F model number and renders of the Galaxy A51 surfaced earlier this week revealing the phone's design. The phone has already bagged certifications from the Wi-Fi Alliance and Bureau of Indian Standards (BIS), and a few days ago, the support page for Galaxy A51 has been also spotted on the Samsung Kazakhstan and Samsung Russia websites. 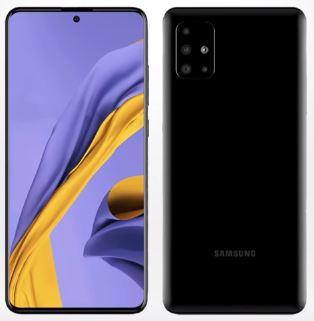 This phone is expected to feature a 6.5" AMOLED display with a punch hole for the 32MP selfie camera. It will have an Exynos 9611 SoC and 4GB RAM which was featured on Samsung Galaxy A50s. It will run on Android 10 out of the box. The smartphone is rumored to come with two storage options - 64GB and 128GB.

It will sport a quad cameras on the back including a 48MP primary, 12MP ultrawide, 12MP telephoto and 5MP depth sensor modules. The rear cameras are placed in an L-shaped setup.

This smartphone is expected to arrive in December 2019. If not, Samsung will unveil its Galaxy A51 early the next year.