Xiaomi has filed a trademark for a phone named Pocophone F2. This indicates that the successor of Pocophone F1 is coming soon.

The latest leaked trademark application has finally confirmed the rumored Xiaomi's Pocophone F2 arrival. The trademark document of POCO F2 has shared by _the_tech_guy via tweet on Jan 11, 2020.

According to the tweet, Xiaomi has filed a trademark for a phone named POCO F2 which clearly indicates that Xiaomi is working on the successor of Pocophone F1. The global name, like last time, could simply be Pocophone F2 while the name in India would be Poco F2. 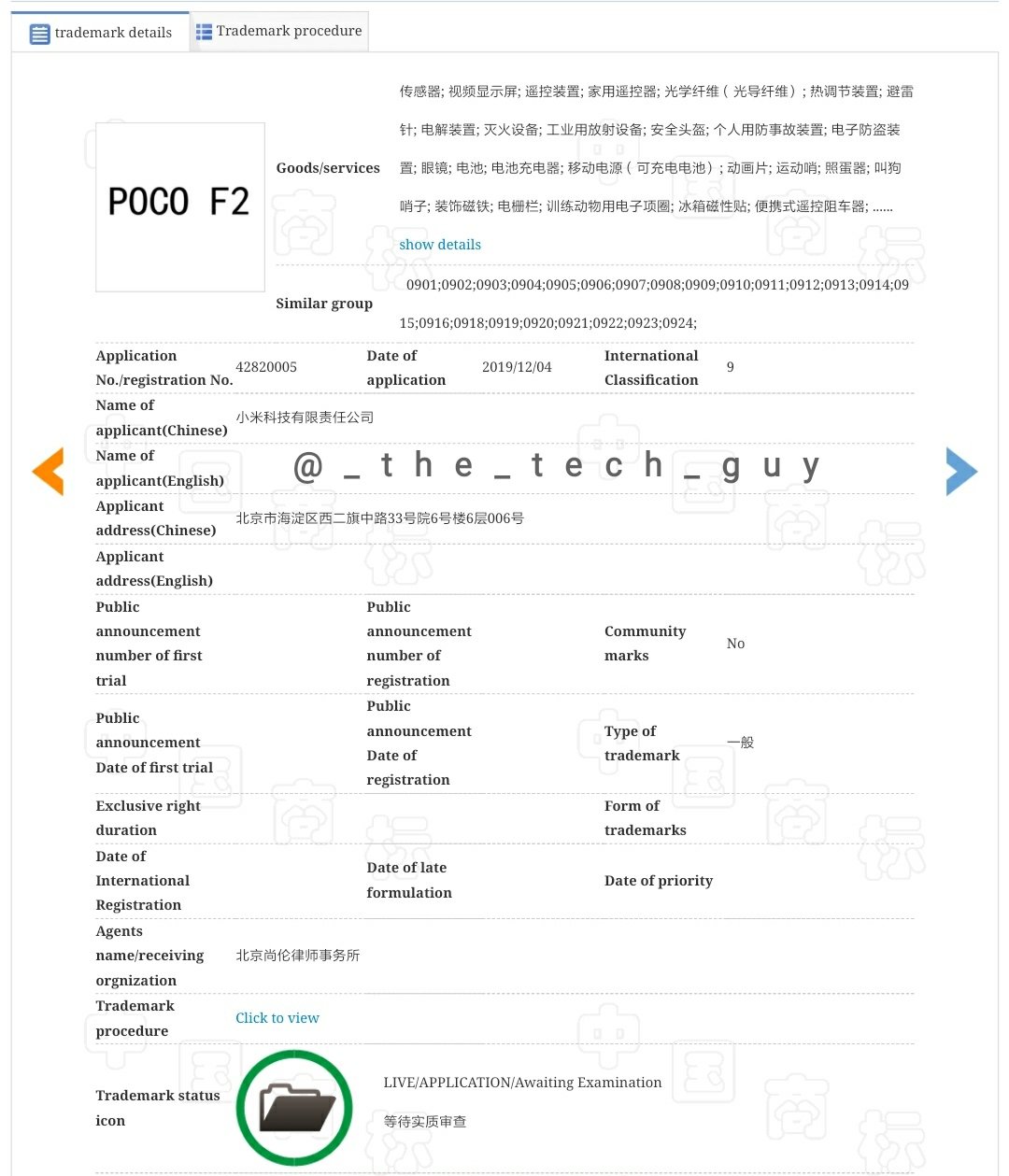 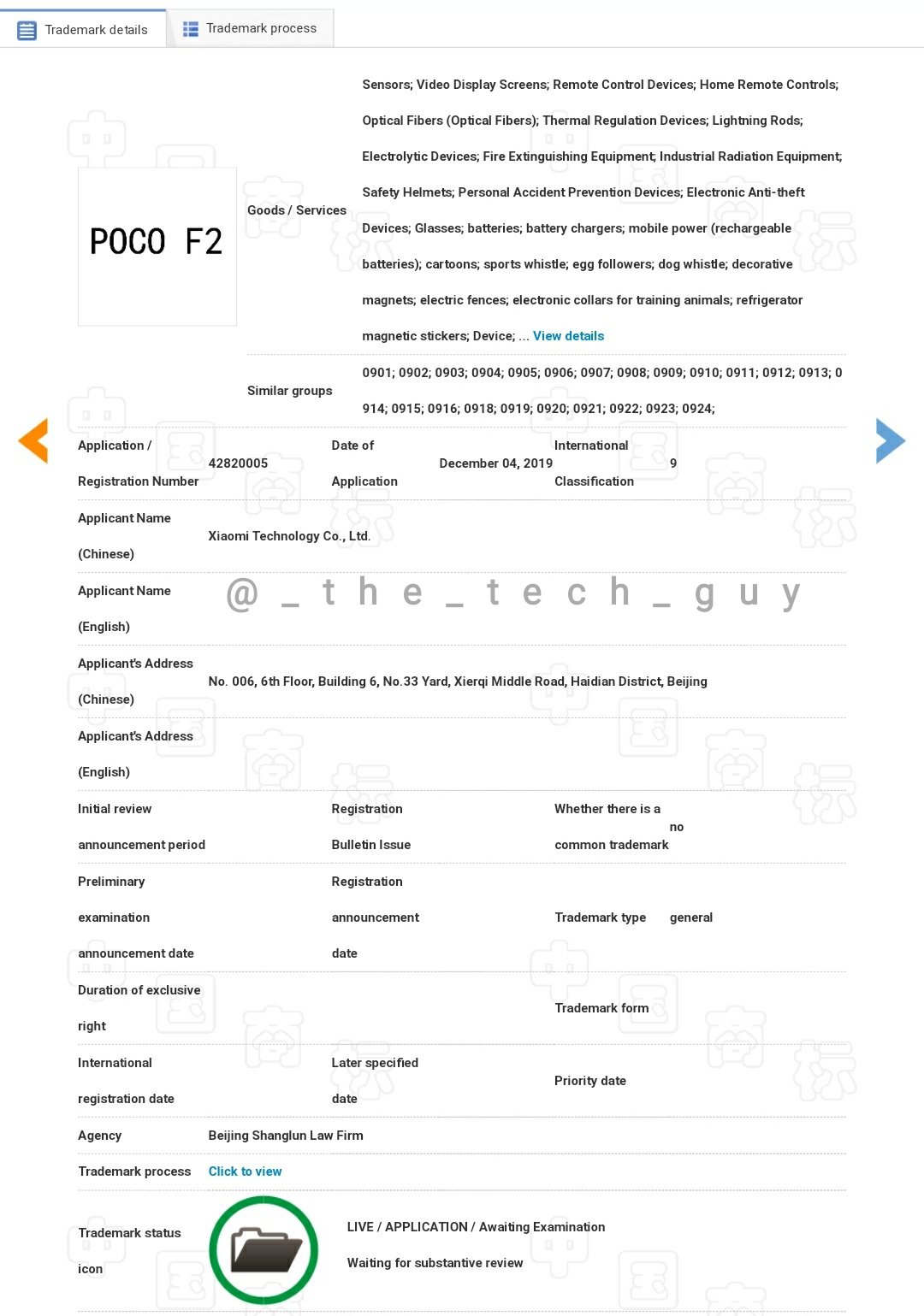 In November 2019, a new Xiaomi smartphone was certified by 3C, which was expected to be the Poco F2. Now the trademark doc has confirmed the POCO F2. The model number of the registered smartphone is M1912G7BE/C and features 27W Fast Charging. Previously, Pocophone Global head Alvin Tse tweeted, “You will hear more from POCO in 2020”. The tweet sparked the speculation for the arrival of Poco F2 in 2020. Later he was deleted that tweet.

Back in 2018, The trademark application for the Poco F1 was revealed shortly before the smartphone's official launch. So we can expect the availability of Pocophone F2 in the market soon.

To recall, the Pocophone F1 has a 6.18-inch FHD+ display with 500 nits peak brightness. It is powered by an octa-core Qualcomm Snapdragon 845 SoC and the handset is backed by a 4,000mAh battery with support for Quick Charge 3.0. There is up to 256GB storage, which can be expanded using a microSD card.

For photos and videos, the phone packs a dual-camera setup on the rear side that includes a 12MP primary camera, and a 5MP secondary sensor. On the front, there is a 20MP camera for selfies.

In terms of software, the POCO F1 runs on Android 9 Pie-based MIUI for Poco OS. The customized UI features a dedicated Poco Launcher, an app drawer, and a bunch of other customizations.