Xiaomi will unveil the world's first Penta camera setup smartphone "Mi CC9 Pro" in China on November 5. Meanwhile, Xiaomi has officially announced the launch date of Mi Note 10 on its twitter page. The Mi Note 10, which is said to be a global version of Mi CC9 Pro will be launched on November 6 in Madrid, Spain.

Last week, Xiaomi Poland has shared a poster on its Facebook official page which was hinted the Mi Note 10 will debut on November 14. Now the latest tweet by Xiaomi has confirmed, that teaser may be associated with the local debut in the Poland region.

As mentioned already, Xiaomi has shared a teaser on Twitter that Mi Note 10 will be unveiled at the launch event in Madrid on November 6. The Mi Note 10 launch event will be held at 11:30 am CEST (3 pm IST) on Wednesday and will also be live-streamed for fans around the world. Xiaomi will share the link soon for the live stream.

Considering India is an important market region for Xiaomi, we can expect Mi Note 10 here. However, Xiaomi hasn't yet confirm the Mi Note 10's availability in India. 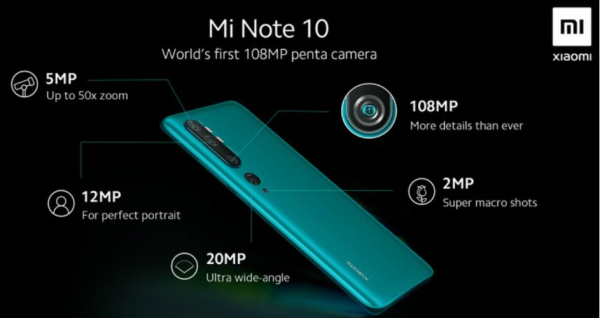 Since Mi Note 10 and Mi CC9 Pro have shared almost similar features including Penta camera setup, It is believed to be the global version of Mi CC9 Pro.

The Mi Note 10 will debut with a 32Mp selfie camera that will support 12 special filters to enhance self-portrait shots. The smartphone would also include optical image stabilization (OIS) support. On the backside, there is a 108MP+20MP+12MP+5MP+2MP Penta camera system with OIS support.

It is expected to arrive in three colors- white, Green and Black. On November 6, we will get all the specs of Mi Note 10.

Xiaomi has so far teased the existence of the Mi Note 10 only and there is no information regarding Mi Note 10 Pro for now.