Xiaomi is all set to launch the Mi CC9 Pro in China on November 5, Meanwhile Xiaomi has posted a Mi Note 10 teaser on Its Poland official Facebook page. The poster clearly shows that Mi Note 10 will debut on November 14 globally.

Xiaomi Poland has teased the Mi Note 10 launch date in the cover photo of its official Facebook page. But still, it is unclear whether the Poland launch will act as the global launch of Mi Note 10, or the company will launch the smartphone in another city before unveiling it in Poland.

Tipster Mukul Sharma already tweeted that the Mi Note 10 and Mi CC9 Pro will indeed share a lot of the same features, but will offer different processors.

Today, Mi Note 10 and Mi CC9 Pro have separately appeared on Geekbench with almost similar specifications. It confirms, the Mi Note 10 is a global variant of Mi CC9 pro.

The company hasn't even revealed the launch date of Mi Note 10 in India. We can expect to launch this phone globally after it debuts in its home market. 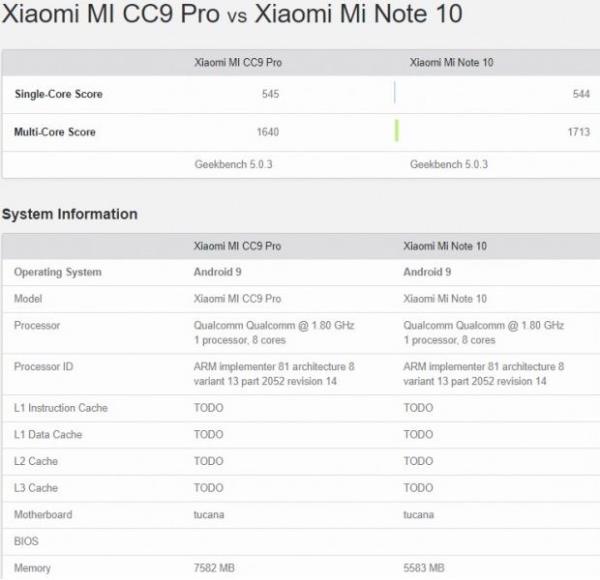 Mi Note 10 is expected to have a Snapdragon 730G chipset, curved edges of the screen and a waterdrop notch for the selfie camera.

The five cameras on the back would be lined up vertically, coupled with two dual-LED flashes. It will have a 5x telephoto lens, coupled with the digital zoom, which can get as high as 50x.

Xiaomi has confirmed already in Weibo that This phone will be powered by a 5,260mAh battery with 30W fast charging support. Mi Note 10 runs on Android 9 pie software.

It will launch in two variants of colors that include Green and Pearl White.