LG Folder 2 is the successor of the first LG Folder phone that was launched back in 2018.  According to the company, the new dual-screen LG Folder 2 phone is aimed at seniors, youngsters, and people who prefer ‘simple functions’ on their mobile phone.

LG Folder 2 features a 2.8-inch QVGA screen when thee flip open and also there is a 0.9-inch mono screen on the front to quickly view notifications such as text messages, calls, time, battery life and signal status. LG Folder 2 phone's weight is 127g which is lighter than the previous LG folder (130g). The device comes with a 2MP camera and runs on Android OS, However, the version doesn’t reveal by the company.

Other key features on the handset include an SOS Key, AI Voice Service which might turn out to be quite handy.

Around the back, The LG Folder 2 has a T9 keypad along with SOS hot Key that lets you call a preregistered number by pressing three times quickly within 1.5 seconds, as well as the location information of the person using the phone will be shared with the owner of the pre-registered number via text.

The device is also equipped with a data security lock function, which prevents unintentional data charges. 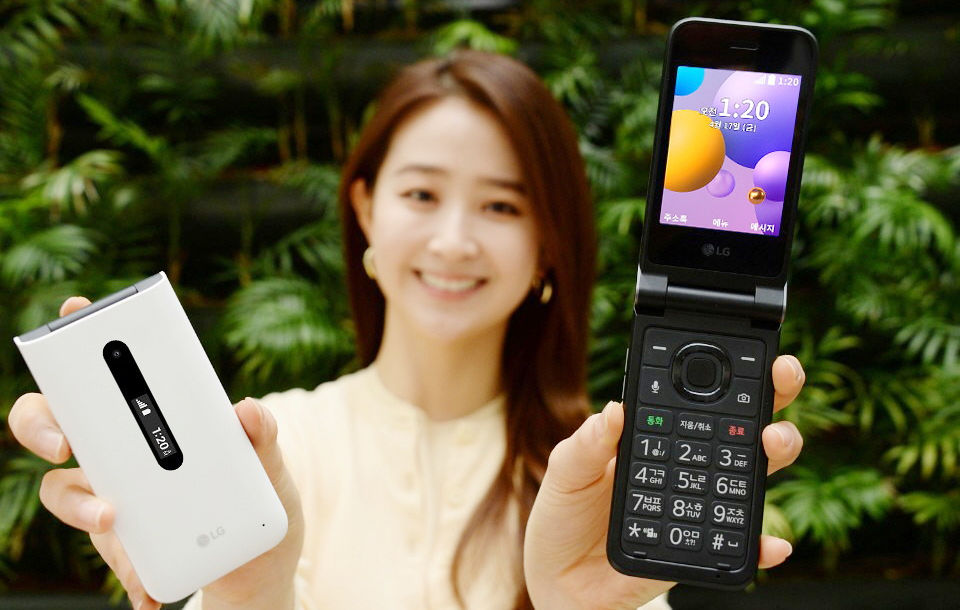